The Dragon Parade is a highlight of the festivities. The Dragon represents wisdom, power, and wealth and a very important aspect of Chinese Culture.

It is also said that the Dragon Dance performed on New Year's Day scares away the evil spirits and all the bad luck with them...

During the Dance, a dozen or so performers hold the dragon up on poles. They raise and lower the Dragon making him "dance" as they wind through the masses to the sounds of horns, drums and gongs, stopping here and there to put on a fantastic performance for the crowds... The Chinese Dragon Parade is customarily performed along with Lion Dancers, acrobats, kung fu performers, and of course, the drums and horns, all ending in a burst of firecrackers! 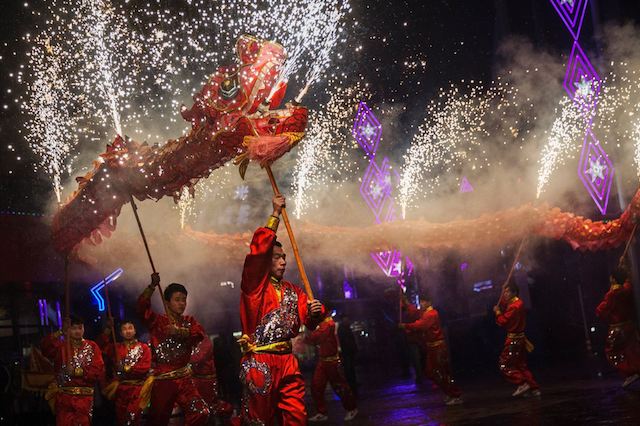 The frame of the Dragon itself was traditionally made of wood or bamboo, covered with material. Nowadays, lighter materials are used, such as aluminum and plastics.

For the Chinese Dragon costume, different colors can be chosen. The main body of the serpent could be green, for a great harvest... 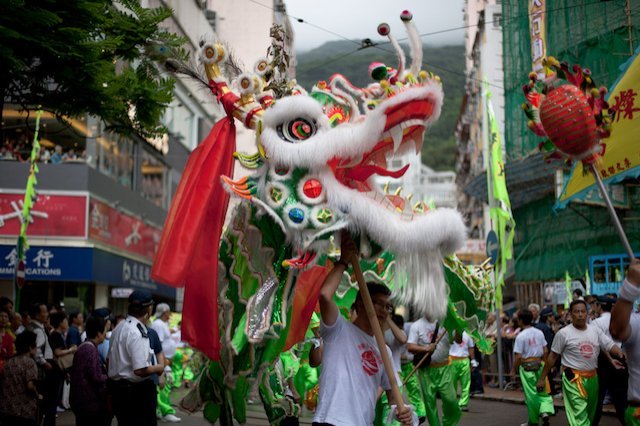 ... Or yellow, to represent the empire; golden and silver colors symbolize prosperity, and red denote the excitement and good fortune of the festivities.

Dragons vary in length, some reaching up to 100 meters long! It is believed that the longer the Dragon is, the more luck it will bring! 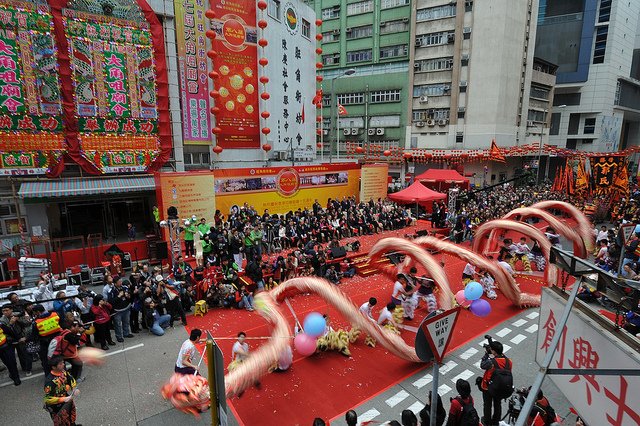 Sometimes the Dragon follows a man carrying a ball on a stick. This is the "Pearl of Wisdom". It is said that the Dragon chasing this "pearl of wisdom" represents the Dragon's way to pursue insight and knowledge. 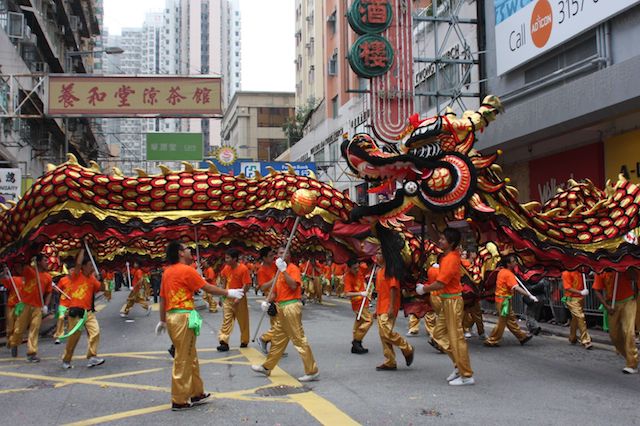 During Chinese New Year, sometimes it is a red or yellow globe, which is supposed to be the sun as the festival celebrates the spring rains and the sun for a good harvest.

Check out those dragons in action at the Chinese New Year Parade in London, they certainly put on the show!

The Dragon Dance should not be confused with the Lion Dance. To learn about the Chinese Lion Dance click here. 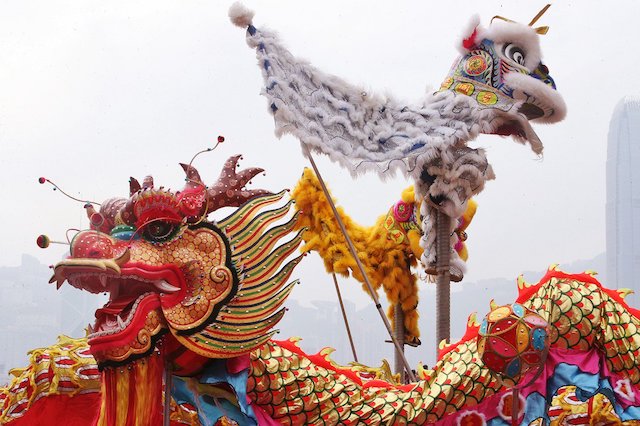